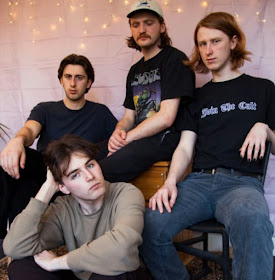 Newly hatched from South London are four-piece Social Contract who are making their debut with ‘Citizen’.

Despite only playing their first live show a couple of weeks ago, the band already have a prestigious support slot lined up at the capital's Scala this week with JAWS (who call them "a bloody great new band"). Not bad at all, and neither it seems is their live set which has proved them capable and confident of holding their own.

With just one track online to their name, there's not a lot to go on, but Social Contract has already picked up blogosphere fans, with comparisons of their being "similar to The Smiths, with more modern twists."

With such an impressive start, expect to hear more of Social Contract.