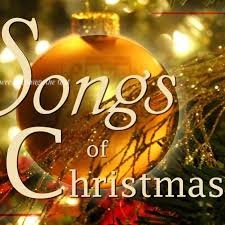 Santa Claus is coming to town, and the herald angels are singing and all that shizz begorra. So at this festive time what better way for artists to get a little extra exposure than by putting out their Yuletide tune.

Here is the Little Indie Christmas boxed selection. Some are good, some are fair, some are... you decide. Leave a comment below on what your favourite is (you can post anonymously and without registering anywhere).


GIRL RAY - (I WISH I WERE GIVING YOU A GIFT) THIS CHRISTMAS
Coming in a limited edition seasonal shade of red 7" vinyl (and download), the North London trio bring sleigh bells and a children's choir singing how ‘I need a friend tonight’. Says Sophie Moss: "Christmas is great and everything but where are the indie bangers? We've pulled it all out the stocking on this one. You'd be a fool not to buy one for every family member, friend and Tinder acquaintance this Christmas."


WOLF ALICE - SANTA BABY
It's been done to death, but Wolf Alice turn up a nice version of 'Santa Baby' to end the year on, so what the heck. This is the final, and seasonal, track from the band’s Spotify Singles’ session.


CHARLY BLISS - ALL I WANT FOR CHRISTMAS IS YOU

Twenty-three years old and still coming out each December. This year two have dipped their seasonal toe in on the perennial Mariah Carey classic, 'All I Want For Christmas Is You'. New Yorkers Charly Bliss haul out a sugary indie-rock confection to follow their debut album ‘Guppy’ released in April...


LIVING BODY - ALL I WANT FOR CHRISTMAS IS YOU
...while the Leeds-based collaboration between Jeff T. Smith, Katie Harkin (Sky Larkin, Sleater-Kinney, Courtney Barnett & Kurt Vile, Wild Beasts), Tom Evans (Vessels), Alice Rowan (Mayshe-Mayshe), and Sarah Statham (Esper Scout) are making the stripped back cover - which comes with a Vessels rework of their 'Last Few True' a charity 7" release in aid of the Crisis Intervention and Suicide Prevention Center of BC in Vancouver.


SENTINEL - SLEIGH RIDE
Seattle-based Californian dreampop duo, Tarabud (vocals/bass) and Dennis Bestafka (guitars). "We tried to honor the Ronettes' 1963 version of 'Sleigh Ride(, originally produced by Phil Spector. It's a blast of joy, so hold onto your horses!" says Dennis - or maybe that should that be reindeer!


BEST COAST - LITTLE SAINT NICK
Part of Amazon Music's Indie For The Holidays playlist is Best Coast’s cover of the Beach Boys’ 'Little Saint Nick'. “Being from California and being heavily influenced by the Beach Boys we felt like we had to cover this one,” says Bethany Cosentino. “Also, always fun for me to cover a song with a wall of harmonies and background vocals because it’s my favorite part about recording vocals.”


SIA - SANTA'S COMING FOR US
Sia brings her quirky vocals, jazz guitar and jangly bells to this upbeat lead single from her first Christmas album, 'Santa’s Coming For Us'.