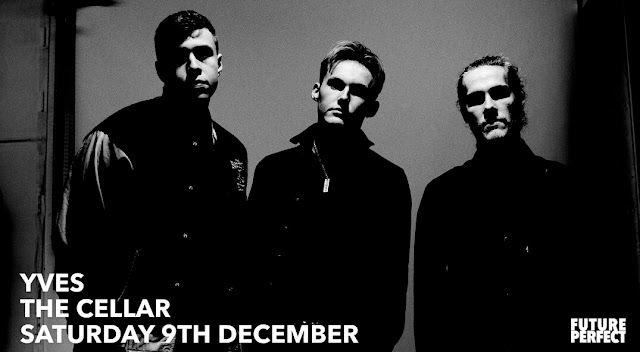 Walking back into Oxford’s iconic venue The Cellar is as much a relief as it is a pleasure, such was the precarious and distressing situation it found itself in earlier this year. After 40 years of service as one of the most idiosyncratic and historic independent venues in the UK, its threat of closure was a sad and worrying indictment of the plight of many plucky live music strongholds still attempting to remain buoyant in amongst our insuppressible appetite for a generic shopping experience.

The fact that night after night, venues like The Cellar exhibit the brightest and best emerging talent from around the country is a reminder we must continue to support what is very much the life blood of our national music scene. And Saturday was no different with The Cellar, in partnership with promoters Future Perfect, hosting three special up-and-coming acts, all somewhat contrasting but altogether impressive in what was a frenetic and exhilarating evening's entertainment. 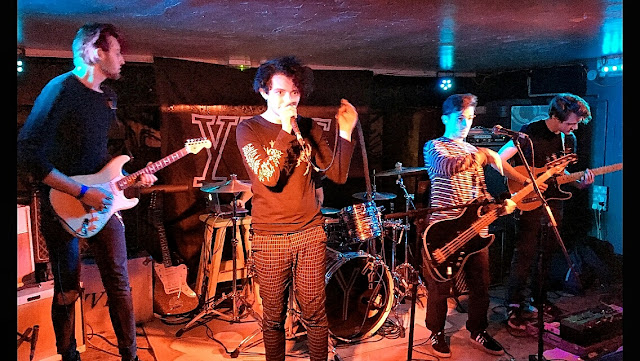 Now, first bands on tend to come with a little leeway given to them as they are often honing their trade, still in their infancy or, in Sad Boys Club’s case, actually playing their first ever show. It is therefore anticipated that there will be bum notes, confused looks and a slightly bedraggled live sound - despite their impressing Little Indie enough to have been a Track Of The Day during the week. This nonchalant attitude to the North London outfit's performance lasted about 27 seconds into their opening track when it became quickly apparent that something rather special was happening on stage and it was probably best we all stopped checking Twitter and gave it our full attention.

Glossy and misty guitar textures immediately glide into focus as frontman Jacob Wheldon’s succinct but dreamlike lyrics creates a Slowdive meets The Cure melee of sumptuous tones and ethereal high end. With a wholesome and tactile wall of noise coming from five performers, SBC treats its audience to a quite breathtaking half an hour of immersive compositions, each one armed with not only a gentle and sensitive consistency but also big, chunky choruses built to hold their delicate work firmly in place.

Their debut single 'Know' is a highlight, simmering and shimmering throughout its four minute existence into a climax of distorted reverb and vibrato with a trademark and infectious hook which remains in the consciousness long after the lads have dismounted from stage. If it’s anything to go by, this is only the beginning for a group of musicians showing all the hallmarks of an exceptional and highly authentic band. 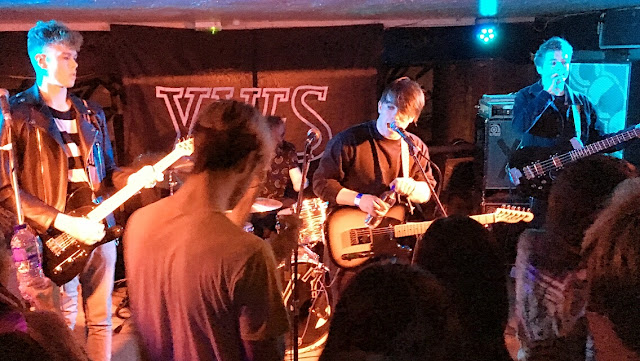 Having the hard task of following all this furore come local Oxford quartet The White Lakes, a band who in their short life span have already amassed a plethora of fans. These loyal and passionate admirers spend the entire set bouncing around like hysterical marsupials after a dozen Club-Mate’s to the noisy and brash hubbub which TWL produce. The lads no doubt have promise, their on stage presence and ability to write strong and coherent chorus lines is pleasing and a vital component of the indie rock framework they live so strictly within.

At times, however, there is a sloppy and slightly disjointed pulse to their work symptomatic of a band that need to tweak their performance in the practice rooms and often they seem a bit stereotypical: looking, sounding and behaving a little too similarly to their contemporaries. But these are often teething problems for young, fresh artists who are still finding their musical identity and experimenting with different ideas and sounds. 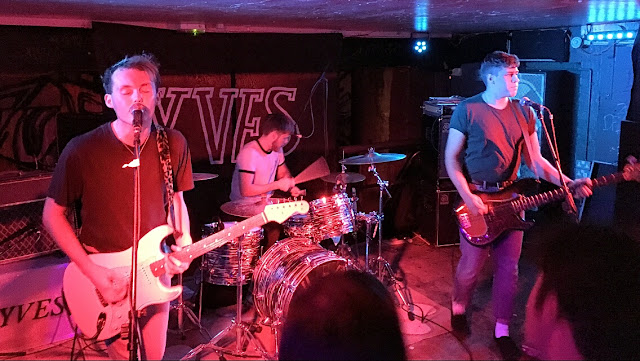 Headliners Yves take to the stage with many audience members already surely feeling that their ticket fee has already been more than recouped. It’s clear to see from the get-go why this Swindon three-piece are tipped for big things; their high energy tunes and pulsing momentum delighting their audience and quickly turning appreciative nods into dancing feet. Their tuneful, melody driven compositions are easily digestible enough, as is the abundance of passion they transmit throughout their set packed to the rafters with radio friendly unit shifters.

Alright, they aren’t exactly reinventing the wheel and their music occasionally lacks the distinction of a truly unique act, but they’re certainly a good example of a band capable of simplistic yet captivating work, their predisposition for melody taking precedence over anything complex or fragmented.

It finishes off a particularly delightful evening's entertainment with each band bringing to the table their own ethos and aesthetic. As the smiling and sweaty faces depart into the cold night, it’s a lovely way to end a year of uncertainty and hardship for The Cellar, Oxford and a reminder that our music and its venues are always worth fighting for, whatever the cost.