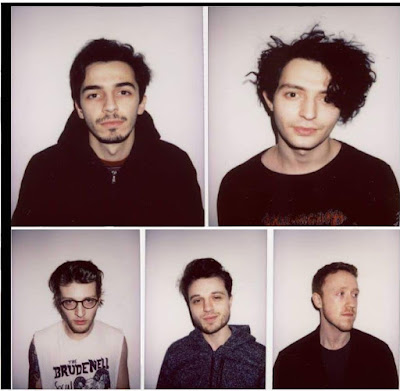 Third offering from North London's Sad Boys Club in as many months - and we hear there's already a fourth winging its way in before April is too old.

After their pretty impressive December debut 'Know' - which Little Indie brought to you first - and the recent '15.01', comes 'Winter's Tail'.

The four-minute number draws again on the distinctive vocals and lyricism of Jacob Wheldon, and the trademark dynamic guitar sound and understated drum foundation.

We marked Sad Boys Club out as a band to watch this year, and with the amount of interest being generated in them, it seems we were on the money.

Sad Boys Club play The Lexington, London for BBC Introducing on May 3.