Track Of The Day :: Velvet Starlings - Sold Down The River 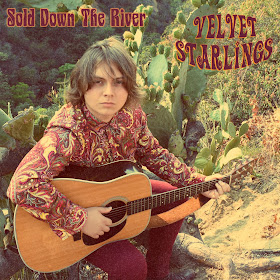 Released October 17, Velvet Starlings' single 'Sold Down The River' would already be a song worth anyone's time. But what makes it just that extra bit special is that the voice behind it belongs to 15-year-old Christian Gisborne.

Los Angeles-based Gisborne - who sounds like he already has at least a decade of whiskey and cigarettes behind him in his raw blues-infused vocal style - is an indie rock singer-songwriter, producer and multi-instrumentalist, who aside from possessing a powerful 60s era Eric Burdon-influenced vocal style, combines it with a commanding stage presence, and here showcases it on this track with a soulful Hammond B3 organ, and gritty guitars.

'Sold Down The River' is the second single from his incoming self-titled debut EP on Sound x 3 Records.

Catch live on October 19 at Sofar Sounds in Los Angeles and on the 20th at Madame Siam in Hollywood.