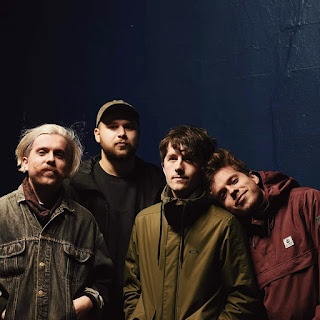 Credit: Lizzie Wood
Words: Sam Geary
Alt-indie quartet China Bears have given us a new taster from their forthcoming second EP 'Statue Still', due early next year.
'Jolene' (not the Dolly Parton one) a heartfelt number, written about the difficulties of separation.

“’Jolene’ was written about facing the difficulties of separation and the vulnerable positions we tend to put ourselves in for one another,” the band reveal. “It's sort of making light of the pain that comes with healing, but at the same time feeling proud you were able to give your all to someone, even though it doesn't work out sometimes.”