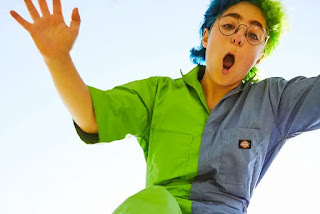 The artist previously known under the Toast moniker, and now simply as Claud, drops single 'Gold' via a music video directed by Christina Xing.

“'Gold' is about contradictions," states Claud, "an instructor attempting to teach a class of monsters proper manners so they can assimilate; a relationship getting so tired and so old that even gold starts to rust (which isn’t scientifically possible)".