Devon gets out of bed for ‘WHY DO WE WAKE UP? (BEFORE THE GOOD BIT)’ 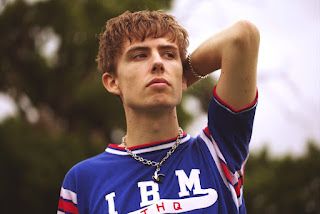 Gloucestershire-based singer-songwriter Devon is back today with a new guitar-pop banger, ‘WHY DO WE WAKE UP? (BEFORE THE GOOD BIT)’.

The track is another co-produced collaboration with Bad Sounds, following the Bath band’s remix of ‘TRUST ISSUES’ earlier in the summer.

The new single features the ever relatable lyrics, questioning reality and its terrible timing in the morning.

“It loosely takes inspiration from my days getting up for a day job I hated," says Devon. "It talks about how I was feeling at the time, where I was in life and how I didn't feel like I was going anywhere. It's not a very common theme in pop music as it's such a mundane thing, but that’s the kind of stuff that I love to write about!”