DMA’S drop new video for ‘Round & Around' 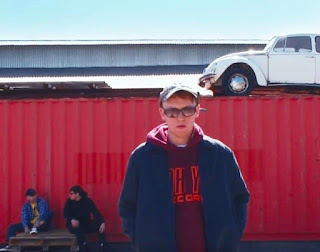 DMA’S drop a new video for ‘Round & Around’.

The video, directed by Steve Lattuca, was premiered live on the big screen at Everton’s Goodison Park, and the resulting footage shows the band’s full-throttle anthem reverberating across the empty stadium. The location was chosen as frontman Tommy O’Dell is a life-long fan of the club as his father’s family are from Liverpool.

The clip explores the band’s roots in Newtown, Sydney. It features a mix of new and archive footage of the band in their local environment and includes clips of them performing on the roof of The Marlborough Hotel.