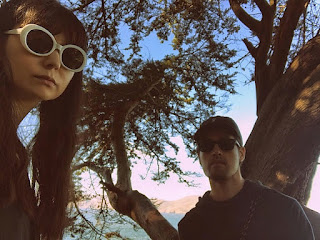 'It Falls Apart' was written when GHXST drove out to California leaving New York behind, after having lived there for over a decade. Hazy vocals are mixed with the downtuned riffs of a Marshall cab, a loving reference to two of their all-time heroes Jimi and Iommi.

The EP - named after James Baldwin’s book, No one is free until everyone is free - was written and recorded between New York and California and was mixed by long-time collaborator and UK producer James Aparicio (Nick Cave, Grinderman, Spiritualized).