Track Of The Day :: The Chase - Wondering 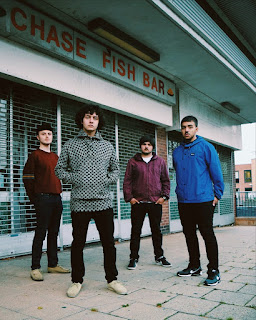 I will admit this band had escaped me up until now, but this track, with its 90s retro groove with Britpop overlay, has won me over.

Fronted by the 'cool yoof' of Tyler Heaney (the band also comprises drummer brother Dion Heaney, their cousin Luke Childs, and keyboardist school friend James Cahill), his voice is one with depth and resonance as he delivers lyrics exploring the daily drudge of life and mundanity, over a strong chorus.

Keep 'em on your radar.