Alfie Templeman is a funky disco sort of 'Shady' 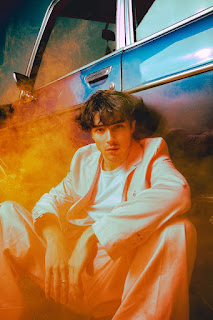 For his new release 'Shady', Alfie Templeman has roped in Jungle’s Tom McFarland on co-production duties for the track which he says is "about trying to stay true to myself, doing what I wanna do in my life and trying to avoid all the arguments and shady people that come with it."

"Working with Alfie on this track was really fun. We started collaborating together on ‘Shady’ as locdown hit the UK so everything was very uncertain and weird but making music always helps you through those times. He’s a great kid with undeniable talent and I think this song really shows the world where he is heading artistically. I was very humbled that he wanted to work with me and that he was such a big fan of Jungle. It’s a privilege to work with people that you respect.”

'Widescreen' is out now on Chess Club Records.