Drones reveal the personal side of 'Josephine' 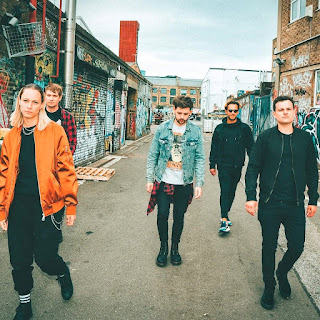 'Josephine', out now on Lockjaw Records, is a meaty four-minute banger that tears through thunderous drums, riotious guitars and a flurry of unbridled vocals, ending with an epic climax.

"Growing up in Britain with its normalised binge-drinking culture, I never thought much about the fact I was relying on alcohol to feel relaxed and to have fun," says vocalist Lois McDougall of the very personal song's inspiration.

"It wasn’t until recently that I was forced to tear myself away from it and realised how badly alcohol had been affecting me and my relationships. I wasn’t in control and was abusing myself with alcohol to try and suppress my depression. People started referring to the intoxicated me as ‘Josephine’. At first this was funny. Josephine was a clown. But there’s nothing funny about self-abuse. This song is about me realising that. Alcohol can be great, but if you don’t feel like you can say no to it, it’s time for a change."

The accompanying animated video by William Davies, below, features clay versions of the five-piece where they explore another planet.