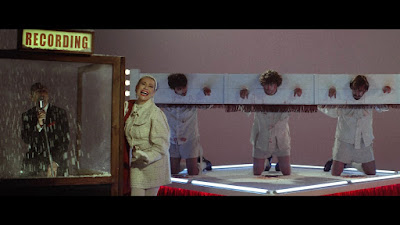 Flyte have signed up Shameless star Tina Malone for the lead role in their new video for ‘I’ve Got A Girl'.

The actress - who had escaped her hospital bed that day to be on the shoot - exclaimed on arrival “I love this song and I need to be allowed to work, otherwise I’ll fucking die!”

“We knew we wanted the video to feel as spiteful as the song itself, and were at pains to make sure the band were the ones under attack - like we were in the middle of a collective anxiety dream," says lead singer Will Taylor. "It’s abstract and it’s harrowing. It’s everything a nightmare’s supposed to be."

‘I’ve Got A Girl’ depicts the eroding of a different kind of relationship - breaking up with a band member.