Lucy Deakin reveals video for EP title-track 'i got bored' 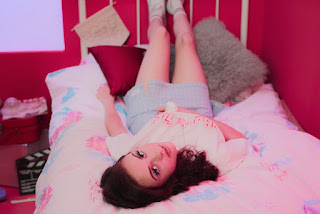 Manchester bedroom popper Lucy Deakin reveals the final video for her new EP, its title-track 'i got bored'.

Conceptually ‘i got bored’ documents the peaks and troughs of new romance in a nostalgic early-internet world, and proves beyond a doubt that Lucy Deakin has bops to match the biggest names in pop today.

“I drew inspiration from my childhood and growing up with The Sims, MSN Messenger, Disney Channel, and films such as Clueless, playing a large part in influencing the visuals for the EP," she says. "My own obsession with pop stars in my childhood informed the ‘bad in love’ video, allowing me to step into the shoes of idols I looked up to as a child. The tracks vary from portraying the fun carefree world of the internet to the darker side and the toll it can take on my generation.”

Speaking on the overarching narrative told throughout ‘i got bored’, Lucy adds;

“The EP is about all the different stages of a relationship, from the jaded ‘bad in love’ to the honeymoon feeling of ‘close’, the inevitable end of the relationship with ‘i got bored’ and finally exploring the mental aftermath in ‘in my head’".