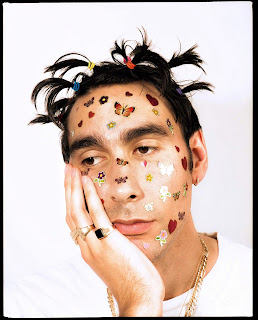 London’s Oscar Scheller has burst back onto the scene with a brand new track titled ‘Half Eated’.

Out now, the emo banger is a tribute to his music teacher at school who got him through hard times, and continues his incredible run of first class singles, and the already stacked discography of the young artist.

"This song is a diary entry of the 14-year-old me living in a new area, going to a new school and generally really struggling," Scheller reveals. "‘Half Eaten’ because I felt like there was half of me left, as I was being consumed by anxiety which took away my appetite for life. Shout out to Ms. Atkins, my music teacher, for the keys to the music room. That shit saved me for real!”

In addition to hyping up his brand new track, Scheller has also announced his third album will be released on January 15 2021, and will be titled ‘Boys Cry’. If ‘Half Eaten’ is an example of the quality this album will bring, then ‘Boys Cry’ may be an early contender for Album of (next) Year.