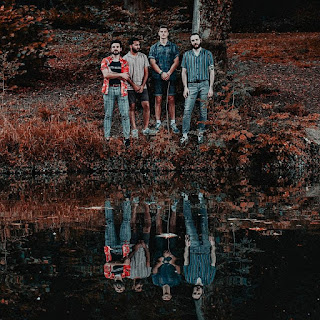 Hailing from the beautiful and quaint High Wycombe, Only Sun have quickly grown to be one of the standout bands performing in the British independent music scene, after breaking out in 2017 with a string of critically acclaimed live performances as well as producing tracks, such as 2018’s 'Youth'.
However, after nearly four years Only Sun are finally looking to stamp their name on the history of British indie music with the release of their debut album ‘Tangled Mind’, due out in April 2021 via Close Up/Modern Sky.

Speaking about the album, Only Sun said: “'Tangled Mind' is an album built around the concept of mental well being. Written over the course of a pretty eclectic year of our mental health, it tracks the subject through swings of dark paranoia and self doubt, through to pure bliss, hope and trust.”

Preceding the LP, the band have unveiled one of its tracks, the soaring ‘Extraordinary’. A rather good little tune which represents exactly what Only Sun are about - being fun, bombastic and pulling out bangers. This song is pure summer bliss, and perfect for the summer that never was.