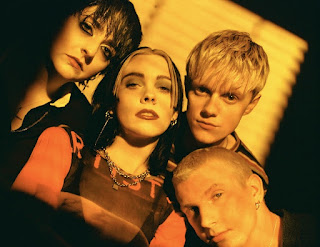 Preceding second album ‘Who Am I?’ - due out on February 12 2021 via Dirty Hit - Pale Waves drop a new single called ‘Change’ - the first from the Manchester outfit since their 2018 debut album 'My Mind Makes Noises'.

Premiered on BBC Radio 1 last night (November 10) as Annie Mac’s Hottest Record In The World, the alt-pop bop 'Change' is the lead cut from the forthcoming new record, which is said to find lead singer Heather Baron-Gracie “reflecting on her own growing pains - depression, distraction, and feelings of darkness", but also her experience of "falling in love, emerging with a clarity and optimism - being more open about her sexuality and stepping forward as the sort of front woman she couldn’t see when she was growing up.”