The Institutes are back with their new single, ‘All That You’ll Ever Know’ 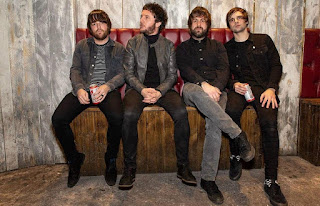 Coventry-based indie rockers The Institutes are back with the release of their sixth track, ‘All That You’ll Ever Know’.

This up and coming band have been making noise throughout the independent scene with their brand of classic 90s style rock 'n' roll. Priding themselves on providing authentic music which is easily relatable, ‘All That You’ll Ever Know’ - released last week through End Of The Trail - captures those feelings of wanting more in life, breaking the expectation given to you by life. A great upbeat track, it touches on real emotions and feelings felt by people.
Vocalist Reid Zappa Curie perfectly described the track as “the sound of four lads in a freezing cold garage in Coventry, feeling like we’re looking through a keyhole at a better life, and dreaming, with knife edge hopes, of escaping to get a taste of ‘living in paradise’."

Hopefully, we will be hearing more from the band soon, as ‘All That You’ll Ever Know’ is an indication of great things to come.