Track Of The Day :: Asylums - The Distance Between Left And Right 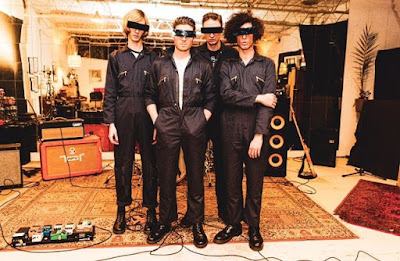 After releasing their studio album 'Genetic Cabaret' - produced by Alt-grunge legend Steve Albini - Essex DIY math-punks Asylums have just released the video to go with current single ‘The Distance Between Left and Right’.

After almost six months of Covid isolation and the arrival of singer Luke Branch’s new baby, this was the first time these guys have got together for any kind of jam.

"We decided to share this rehearsal footage publicly for anyone who is missing live music as much as we are," says Luke.

Bringing along their friend Andrew Delaney and filming at Southend’s SS2 Studios to capture a fly-on-the-wall look to the rehearsals, it was just too good not to release as the accompanying video to the single, so as to give the fans a taste of the live show once again.

Indulge below on three and a half minutes of rampant energy, rousing drums and stinging guitars, as Mr Branch pours out unrelenting vocal fire.