Track Of The Day :: Shame - Water in the Well 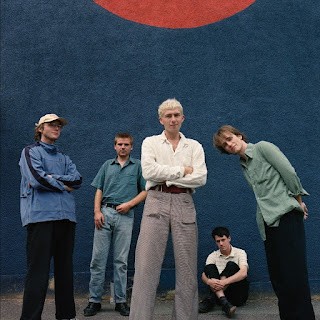 Shame have announced a big kick-off to 2021, with the release of album, 'Drunk Tank Pink' - the follow-up to 2018’s 'Songs Of Praise' - on January 15 via Dead Oceans, plus a socially distanced UK tour in February.

Before that, they share new single, the spiky, jagged 'Water in the Well', aired via the Pedro Takahashi-directed video below.

'Drunk Tank Pink' sees the South London five-piece make a stylistic move from the riotous post-punk of their debut, to the sprawling adventurism laid out in the bigger, bolder James Ford-produced follow-up.

Readjusting to a new normal back home with no live shows on the horizon due to the coronavirus pandemic, frontman Charlie Steen attempted to party his way out of psychosis. “When you’re exposed to all of that for the first time you think you’re fucking indestructible,” he notes. “After a few years you reach a point where you realise everyone needs a bath and a good night’s sleep sometimes.”

An intense bout of waking fever-dreams convinced Steen that self medicating his demons wasn’t a very healthy plan of action and it was probably time to stop and take a look inward. "You become very aware of yourself and when all of the music stops, you’re left with the silence,” reflects Steen. “And that silence is a lot of what this record is about.”