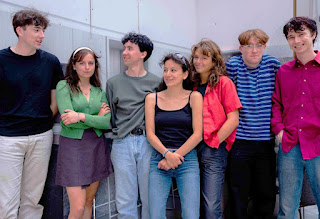 Building up to the release of their debut album ‘For the first time‘, which arrives on February 5 via Ninja Tune, London-based Black Country New Road drop new single, ‘Track X’.

The experimental alternative seven-piece layer angular, mellow sounds with a passionate vocal, plus a strings section, that adds nostalgia and emotion.

Frontman Isaac Wood says 'Track X' is a song they first worked on in 2018 but never made it to their live set.

“We decided to resurrect it during the recording of 'For the first time' and assemble it in the studio. The story is old but a good one and worth telling. We believe that people will enjoy singing along."