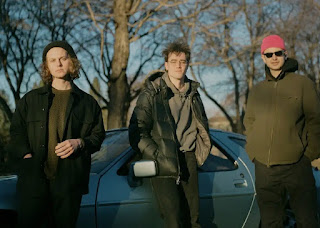 Prior to, they've gone and released one of its tracks - called ‘Gone’.

“This song is all about not getting caught up in the game,” says Hinz. “It’s not worth it to kill yourself over winning. Ambition can get the best of us and we are no strangers to that as people.”