joan are ‘brokenhearted (together)’ with BEKA 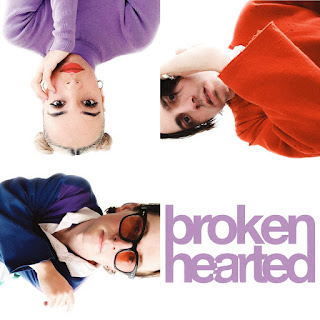 BEKA’s vocals breathe new life into the single from joan’s 'cloudy' EP from last year. About the collaboration, joan say:

“we met beka while touring with honne in asia last year and became buds immediately. we were working on 'cloudy' at the time and always thought it would be cool to have a feature on 'brokenhearted', but it would need to be the perfect match since it would be our first feature on a song. she started her own project and we are just her biggest fans so it was an absolute dream to have her take one of our favorite songs we’ve made to a whole new level ♥️”

BEKA adds: “I met joan for the first time on tour in Asia and was completely taken by how warm and wonderful they are as people and then after seeing them live fell in love with their sound and their nods to my favourite 80’s sounds with their anthemic grooves and fun melodies. We had a tonne of fun touring and became lovely friends and then after spending some time writing together on Zoom during lockdown, I was super honoured when they suggested collaborating with them on ‘Brokenhearted’.

"I feel like Brokenhearted sounds exactly how it feels to be in a state of wondering about love and is a real, pour your heart out moment, which I loved. It was really fun getting to make this work in these wild times!”