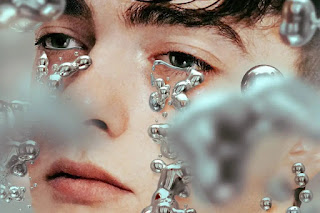 Written by Fraser and Jonah Summerfield (who also axted as produce), 'Gucci Sweater’ sees 19-year-old artist toy with the notion of materialism vs happiness and is yet another flawless showcase of his introspective songwriting.

“I had the lyric 'you can still cry in that Gucci Sweater' in my notes on my phone for so long before I actually wrote the song," he says. "I had to make sense of it in my head. It’s about materialism and how we tend to idolise luxury and wealth as if it somehow makes you happier or better than others, which is just so far from the truth. I think it’s about being able to separate real emotions from material items. Of course, we all love nice things but that’s temporary happiness. You can’t buy the real thing.”