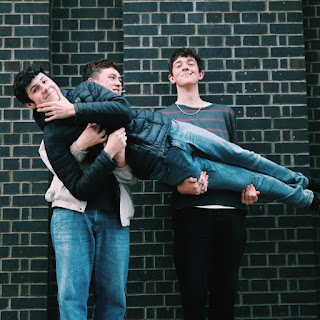 South London punks Play Dead played a blinder at the back end of 2020 with the stonkingly brilliant 'Six Hours Later'.

The three 16-year-olds (Joe Blair - vocals, guitar; Ollie Clarke - bass, and Louis Englefield - drums) now make their mark on 2021 with their bottled youthful brashness with the release of their debut EP 'Skint' on March 26 via Blitzcat Records.

Unapologetic and honest, Play Dead are sharpening their lyrical tongues and biting hard in the same style as Shame, IDLES and Slaves; and as a taster of the EP, the band are giving us its lead single, the scratchily raw and buzzin' ‘Shaun’.

“It’s a story about Ollie's nan's boyfriend, a gentle giant with a short fuse who got arrested for punching a man off his bike in Brixton. He enjoys pies, pints and Coldplay," they say of the wry ode.

Dig into 'Shaun' below.