Track Of The Day :: SENSES - Drop Your Arms 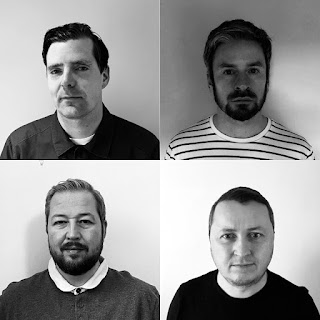 Those with long memories may remember the first coming of Coventry-formed SENSES over 12 years ago. The wafting, atmospheric essence of 'Drifting' quickly caught the attention of taste makers and radio bods, which led to their playing a live session on BBC Radio Two for big fan Janice Long, amongst other things. The band seemed destined for a major breakthrough. However, a delay with a  Japanese label brought things to a halt, and almost as fast as they arrived, they disappeared again.

Now, however, the same line-up of Brian Callan, Ian Finnegan, Kevin Kavanagh and Ronan O'Connor, have re-emerged, phoenix-like, and are back pooling their collective life experiences into a new release.

'Drop Your Arms', the Gavin Monaghan-produced lead single from their forthcoming - and long-delayed - debut album 'Little Pictures Without Sound', dropped last week, and shows the quartet have not lost their instinctive comradeship as band members.

The track is a belter, filled with energy, swagger, and strong lyrical message. The band have issued a “call to arms’ to fight through your vulnerabilities to fight for what is important, and not be afraid to drop your arms and become the best version of themselves. The guys' use of bombastic guitar work and excellent vocal delivery allows for the track's social and political message to have a real power.

SENSES are on track to have a stellar year, and with their debut album on the horizon, I, for one, cannot wait to see what else they have in store.