Alt-pop newcomer Low Girl tells us about 'Big Now' in our Sing & Tell - and sweating for her art! 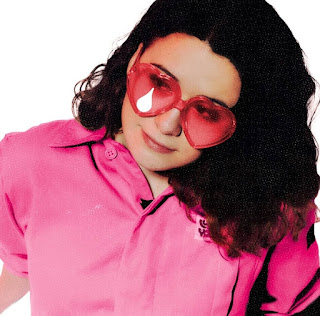 Alt-pop newcomer Low Girl launches with ‘Big Now', the title track from her debut EP, set for release on April 30. The multi-instrumentalist from Hemel Hempstead, Hertfordshire, uses her warm, expressive vocals to glide over a sparse synth line in the worthy follow up to last year’s debut, ‘ICU’, which picked up support from BBC Introducing, BBC 6Music and Radio X.

Hello! I’m Sarah, and I’m the lead singer and songwriter of Low Girl. I also occasionally dabble in the guitar and keys side of things (we love to rotate).

I’m based in Hemel Hempstead, and a long history of mental health problems is what led me to all the songwriting I do these days! I’m a pretty anxious person, which bodes so well when you’re trying to pursue a career that largely involves performing.

It seems to vary from track to track, but at the moment I’ve been taking a lot of inspiration stylistically from MGMT, Metronomy, Perfume Genius and King Princess. When it comes to the quieter songs, I am really influenced by Sufjan Stevens, Clairo and Paul McCartney. Either way, I am very melody-driven!

So far, I write the songs by myself and then bring them to the rest of the band. I’m hopeless when it comes to drums, and Tom’s music taste is a lot more crazy than mine - so he gives the songs this edge. Toby is the master of creating an atmosphere, and so he does a lot of the mixing and production. Brad is by far the best performer, and as an indie band veteran he comes up with some “phat” catchy riffs, as they say.

This single was by far the most fun I’ve ever had working on a song. Both myself and Toby sent the track back and forth on Logic throughout the summer, tailoring it each time and adding new sounds. We then took it to our favourite producer Faz (Damage Audio in Bedford) and he polished it up for us. Faz always takes our stuff to the next level and he came out with a brilliant mix. It was extremely hot in the studio, and I fondly remember sweating away in the vocal booth as the electric fan started smoking and had to be thrown out.

We are heading back to the studio as soon as possible to start recording a follow-up EP to 'Big Now'. Everything is written and ready to go, it's just aligning the time with the money, but we're very excited about the demos. That’s the main focus at the moment, but it would be lovely to get out and play some gigs again, when it becomes safe to do so.

The best place to look at the moment is our Spotify and YouTube, although until the EP is out in April, it's looking a little sparse at the moment!
What social media platforms can we find you on?
We've kept it nice and uniform, so you can find us on everything at lowgirllowgirl:
Instagram // Facebook // Twitter // TikTok