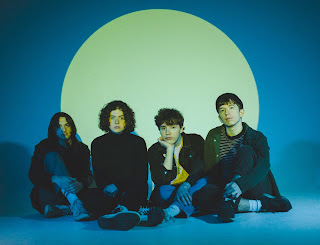 To be honest it’s a miracle SPINN’s latest track managed to find a way into my inbox. One day towards the end of last year I received about a million spam emails about gardening products and lottery tickets which were addressed to some guy named Billie, so I blocked every email with that name in it and they’ve been going thick and fast to my junk folder ever since. Luckily, this snuck under the fence and it’s a good job it did!

Released through Modern Sky Entertainment, ‘Billie’ is the Liverpool four-piece’s first slice from their new EP scheduled for release in May. Following on from their self-titled debut in 2019 and last year’s ‘Stuck on a Feeling’, their latest creation sees the band take on unchartered waters with a collaboration for the first time.

Christie Simpson, from New Zealand’s alt-pop band Yumi Zouma, lends her enchanting vocals to the mix and together with lead singer Johnny Quinn’s vocals they weave together seamlessly to give a new element to an already well-established and infectious signature sound served up by the rest of the band. As always, there’s no shortage of spotlights on the guitars and once again the band deliver spellbinding guitar lines throughout with Johnny Marr-like wizardry.

“I’ve been a fan of Yumi Zouma for a while, so I was made-up when Christie agreed to sing with me. We’ve only met once and I was really nervous as I’m such a big fan, but she was great and really chatty,” Quinn recalls when detailing the origins of the collaboration.

“I was blown away when I heard her sing ‘Billie’ in the studio and after a year of not touring, I was almost embarrassed to sing along with her- she blew me out the water!”

All humbleness aside, the collaboration works wonderfully and it’s a promising first taste of the new EP.