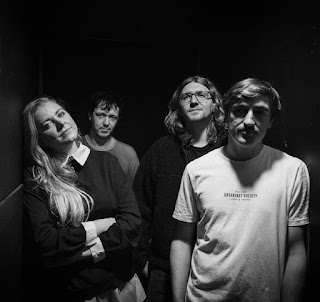 Out today (March 5), 'Swimming’ is the third and final cut from their four-track debut EP ‘Manifesto’ by Dublin band Sprints.

Singer Karla Chubb says on the song: “While the homeless crisis worsens, the city is sinking in debt and everyone can barely keep their heads above water, you see an article stating that a new €25 million white water rafting centre is being developed after approval by Dublin City Council. Sometimes you’d just rather drown.”

The Daniel Fox (Girl Band) produced 'Manifesto' is out on March 26 via Nice Swan Records.