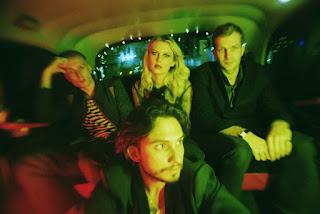 Wolf Alice made another appearance last night (March 5) on Later... with Jools Holland.

Watch as they perform 'The Last Man on Earth', filmed at the restored Alexandra Palace Theatre in North London, the first cut to come from ‘Blue Weekend’, their new album set for release on June 11 via Dirty Hit.