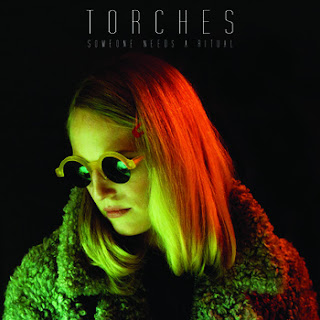 London based noir-pop five piece Torches are set to release 'Someone Needs A Ritual' backed with 'Wolves'. The single, released on November 5 on 7" and digital download, is the follow-up to their debut 'Sky Blue & Ivory' and the third release on new label Heart Throb Records.

Already championed by the likes of Huw Stephens on Radio One - who booked the band for a slot on his Swn Festival stage - Torches' invigorating take on the twisted hue of pop's outer edges is quickly finding them a besotted throng of hearts and minds.

Listen below to 'Someone Needs A Ritual' and then catch the band live on November 2 for the single launch at the Old Queens Head in London. The event, where they are supported by Chateaux and Loom, is free entrry before 8pm.