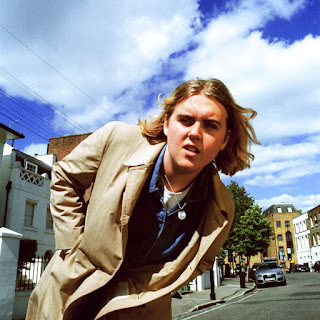 The track comes from his forthcoming Rich Turvey-produced EP ‘Hand Over Your Head', out September 11 via Dirty Hit.

"‘Apple Juice’ counts as two of your five a day," he says of the scuzzy new number. "My new EP Hand Over Your Head is the sonic amalgamation of all the music I’ve recorded to date, plus a few tunes that I’ve been sitting on and have been playing for a while.

"Getting out of my bedroom studio and playing live with my band influenced these recordings a lot - I’m so happy that Rich Turvey and I managed to capture the essence of a sweaty live show." 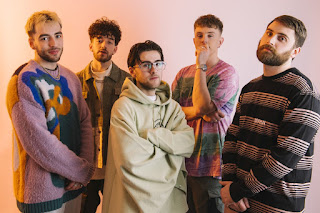 The two tracks are the new three-minute 'Pop Tarts', and older number, the band's breakout, 'Nightmares' - with the latter spawning the opening lines, "Who gives a fuck about my nightmares?"

Blending influences of hip-hop, jazz horns and the band's innate ear for pop hooks, 'Nightmares' is an uplifting but lyrically intimate look at the fragility of mental health (and a young generation, as the lyrics put it, with “everybody on the brink of crisis”). Flip-side, 'Pop Tarts', combines quickfire rap and hazy R&B into an off-kilter love song; again showcasing Easy Life's way with the minutiae and occasional absurdity of everyday life.

The songs come in the wake of May's ‘see you later maybe never’ demo release of 'peanuts' and 'petty crime'.

Track Of The Day :: The Goa Express want you to 'Be My Friend' 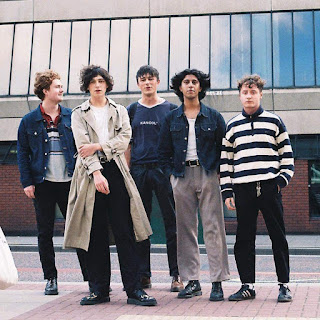 Just over a year ago, Little Indie premiered the cracker of a tune, 'The Day', from The Goa Express. The North West champs are back this summer with their new single, 'Be My Friend', that proves equally as vital a jam.

Produced by Ross Orton (Jarvis Cocker, Arctic Monkeys), the track, the five-piece explain, is about “taking a step away from those who’re always trying to get close to you and as both a shout out to individuality and an acceptance of rejection. It’s a dismissal of the modern world's hyper-connectivity and a return to privacy, rather than the involvement of everyone knowing everyone's business all of the time.”

The rousing pop-esque bruiser drops a shed load of fast and furious guitar work across its three-minute duration, that straddles a sonic pot of psych and garage rock, with James Douglas Clarke charging through with the urgent vocal delivery.

Get in via their lockdown produced vid, below. 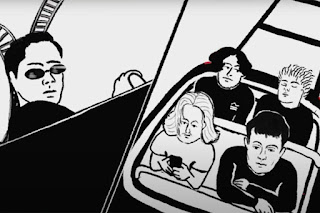 Sea Girls, have released a stunning new animated visual for their latest single, ‘All I Want To Hear You Say’, which is lifted from their forthcoming debut album 'Open Up Your Head', out on August 14.

"When I wrote this song I was trying to channel some emotional highs and lows of the likes of Kurt Cobain,” saysL
lead singer Henry Camamile. “Full of visual adrenalin, it builds with rushes of excitement and lack of control. Someone build a rollercoaster through the city and we'll get on it."

The band have also announced a run of intimate in-store shows for November - scroll down for dates. 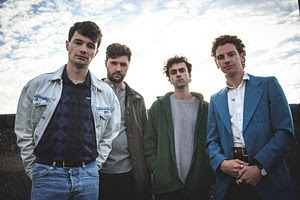 'What Might Be', 'Lilac Leaves' and 'Cold Water' all feature on the limited edition record, which can be streamed below, and ordered on 180g black vinyl via Bandcamp. 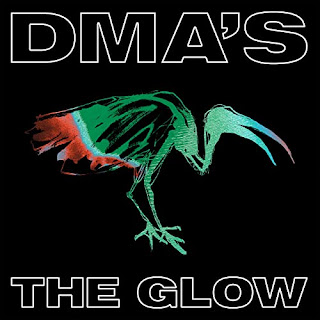 With the likely sorry demise of many a festival goers favourite band earlier this week, there’s a headliner-sized gap in the hearts of fans of guitar music and the diaries of festival bosses to fill in time for next year. New headliner material has been harder than hungover Sudoku over the last decade, if only there was a band capable of making the step up.

The logical replacement waiting in the wings are Sydney trio DMA’S who have been as ever-present at UK festivals over the years as Dark Fruit Strongbow. Following on from their iconic 2016 debut ‘Hills End’ and 2018’s commercially revered follow-up ‘For Now’, the band are back with new album ‘The Glow’. But can they hit the target with this one or will they balloon it over the fence?

Opener ‘Never Before’ has a heavy Stone Roses vibe to it, largely down to the trademark psychedelic guitar lines and off-beat drumming. It’s an enjoyable, but fairly safe intro. The same can’t be said for title track ‘The Glow’ which has been doing the rounds for the last few months. It’s such a perfect all-round DMA’S track and even on first listen sounds instantly recognisable. What’s really levitated the band above their peers over the last four years has been singer Tommy O’ Dell’s silk-like vocals and they never fail to hit the mark on every track across the album.

‘Life Is a Game of Changing’ is probably the band’s most experimental track to date, yet with the many layered electronics and harmonies, it’s very much a natural progression and one the trio have nailed here with its infectious swirling synths.

Kicking off the second half of the record, ‘Strangers’ is the first outing as the song writing centre forward for guitarist Matt Mason. It’s one of the album's more straightforward guitar-centric moments with many of the layers stripped back, but it’s definitely a case of less is more and on second listen it’s one of most memorable and thought-provoking numbers on the album.

An early frontrunner for the LP’s best song is ‘Hello Girlfriend’ with Johnny Took’s acoustic and some thumping drums taking the spotlight. It leaves you with a similar euphoric feeling to that of their live set closer and debut album powerhouse ‘Lay Down.’ Final track ‘Cobracaine’ has, by the band’s admission, been on their to-do list since before ‘Hills End’ but they couldn’t find a home for it until their discovery of synths managed to unlock its true potential. The last track on an album is often a good indication of where a band are likely to go next and if more synths are the destination for album four it wouldn’t be a bad thing given how well it’s worked out for them here.

Though acclaimed by fans and critics alike, I couldn’t help feeling the band’s second album ‘For Now’ didn’t quite hit the peaks of their first and it lacked some truly memorable moments which its predecessor had in spades. It was clear from track two that there was no such problem here, and not only have DMA’S managed to create possibly their best yet, they’ve also firmly cemented themselves as heirs to the vacant festival throne and come next summer they should deservedly be headlining major festivals in the UK and Australia.