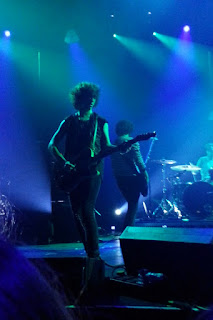 If any album needed selling this year, it would be Tribes' sophomore album, ‘Wish To Scream’. After releasing the album to much anticipation – Johnny having been promising from as far back as last year’s Reading and Leeds festivals that the next album would be out this past January – it’s fair to say it has not met critics' expectations upon its eventual release. This follow-up album is a more gentle paced affair, filled to the brim with idiomatic lyrics ("keep it together, and use this time", "I don't care for dancing, but thanks for asking”).

Superfood and Wolf Alice provided the support for this Roundhouse night which brought Tribes back again to Camden home turf - and support they did. Superfood are a band that everyone has heard about it seems, coming out of nowhere to fill our lives with indie music that we are in dire need of, obviously. Their lyrics verge on anthem-like, but their guitar sound is as quirky and sharp as your diamond cutter. Their ingenuously inspired song titled ‘Superfood’ was undoubtedly a highlight of the set; but to be hionest, there was not a weak one to be had in their 25-minute performance. Most definitely a band to look out for, with their debut EP out in September. 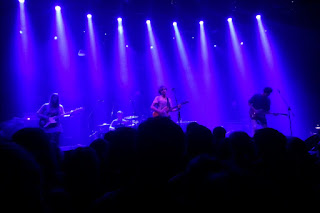 Ellie Rowsell may have been heckled to be "Tinker Bell" throughout the night, but her and the Wolf Alice's sound were far from it. Wolf Alice have an intricate guitar soundscape, backed by their incredible drummer who is one of the most impressive I have seen recently; his ability to keep a beat was playing secondary to his shotgun approach to every part of his drumming. The difference between the quality in Superfood and Wolf Alice was certainly marked by the drummer. 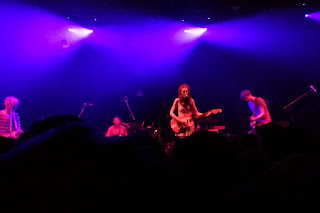 Then it was on to the main attraction, Tribes. They grabbed me at the first hurdle, with ‘When My Day Comes’ kicking off proceedings, followed shortly by the now 'old' fan favourite ‘Girlfriend’. Their consistency with always adding in this and ‘Not So Pretty’ to their homecoming gigs is high, and with a quick check, neither have been on the other setlists. A deserved bonus for the crowd.

It is undeniable that with the new album, there has been some fairly harsh criticism, which I myself am guilty of I confess. Johnny took a moment to address this, with a brief mention of this to the endearing crowd. After chanting from the crowd of "Who the fuck are NME!" he paused before the traditional encore number ‘Coming of Age’ to deliver his own personal statement…sort of: "We know some of you have been here from the start and we thank you for that, and want to let you know this: through the good times and the bad, Tribes will still be here, we'll get through." He clearly knows the reception to the album has been, from some, mediocre, and is looking to squash any fan fears. 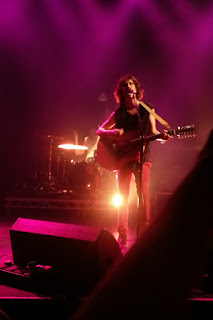 As cliché as it is to write, as the final notes reverberated off the Roundhouse, the crowd left happier when they arrived. That is not to say Tribes fans are depressed, but you go to a gig to enjoy yourself - and the crowd certainly did. Crowdsurfing on the very first song was a highlight, and the continued pressure to get closer to the band reveals just how much they are loved. Along with their now much better stage prowess, Tribes have come far and should be going further in the future.