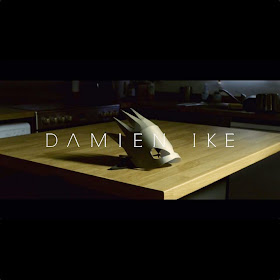 East Londoner Damien Ike has just unveiled 'Kingdom Come', his glitchy, pop debut. Fresh from building up his profile working with the likes of Rich Cooper (Josef Salvat) Sacha Skarbek (Adele, Lana Del Rey), David Kosten (Bat for Lashes, Everything Everything) Pete Roberts (Cold Specks) and James Earp (Bipolar Sunshine), for this first outing, which was released online last week (March 9), Ike has teamed up with fellow Shoreditch inhabitant, producer Lostboy, and JMAC, and the result is something impressively good.

Whether Ike knows the members of neighbouring Whitechapel's Glitches or not, they are certainly sounding like musical kindred spirits on 'Kingdom Come'. Not quite indie, not quite synth brand of jangly funk, it is laden with gorgeous hooks and mixes almost tribal-tropical influences with dancey electronic elements into an uplifting slice of slick rhythmic pop.

Judging by this, you feel that Damien Ike may be too busy in the future for sitting around, "drinking cider and watching the Kardashians", as he once answered on Ask.fm in response to what he liked to do on a rainy day.