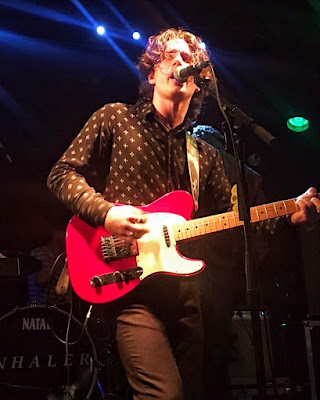 It's a big night tonight in Leeds, as Dublin indie rockers Inhaler hit town for a sold out show at The Lending Room, courtesy of new music champions, This Feeling. They are admirably supported by local acts The Losing Touch and The Raintree County, who both provide fine sets appreciated by a full room.

Also on the bill are another Yorkshire outfit, hailing from Scarborough, The Feens. As they take to the stage, a sizeable crowd has already built up containing a small faithful that adorned the first few rows helping create an atmosphere worthy of a band of this class. Sharing vocal duties, guitarist Freddie Schmuck and bassist Adam Lodge complement each other perfectly. Latest single ‘Freedom’ - their most popular song on Spotify with nearly 200,000 plays - sets the pace for the set to follow which meant tune after tune, much to the delight of everyone present. 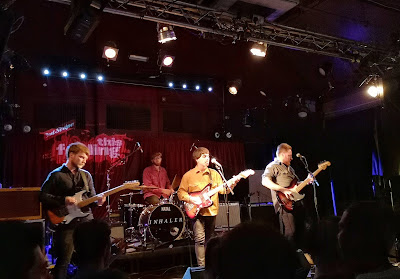 As we move towards the end of the set, we were shown the true potential of the band with upcoming single ‘What Are You Dreaming?’ adding a further dimension to the already catchy song when played live; the chorus itself seems to fill the room - and beyond. Writing choruses that never leave you seem to be a forte of this band. Debut single ‘Wrong Move’ provides the curtain closer to the extremely well received set, with added instrumental section before the final crescendo, an addition sure to go down a storm when the crowds get bigger - which they surely will.

Headliners Inhaler have certainly taken off in 2019, whipping up a storm with radio airplay and commanding attention on festival stages like The Great Escape. The Irish scene itself has taken off massively recently and shows no sign of stopping with bands such as Fontaines D.C., The Murder Capital and Just Mustard all making their presence felt. Walking on to Pink Floyd's ‘Breathe (In The Air)’ there was already an air of professionalism from the fairly young band, however they do have the slight advantage of being able to call upon 43 years of experience from a certain lead singer of U2, who just happens to be frontman Eli Hewson's dad. 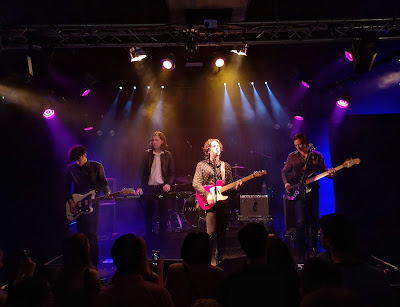 One of the most memorable songs of the set comes with the catchy rhythms of ‘Ice Cream Sundae’, an airy number which seemed to let you float away with its melodies as Hewson exhorts "I'm gonna get it, I'm gonna get it." With their  first UK headline tour throughout September and October already selling out, there’s no doubt about the amount of exposure that is waiting for this band around the corner. The soaring guitar and synth riffs of ‘My Honest Face’ and ‘It Won’t Always Be Like This’, brought the crowd alive with quite a few ascending onto the shoulders of others for the final two songs. Aside from Hewson, guitarist Josh Jenkinson stamps his presence on each number, adding to the front guitar force.

If one thing was made obvious from tonight, it was the fact that it is very unlikely that we will see Inhaler play a venue this size again. Another thing clear from tonight, you'll be hearing more from all the support bands too in the months and years ahead. Definitely a show to have seen to catch four future big names.