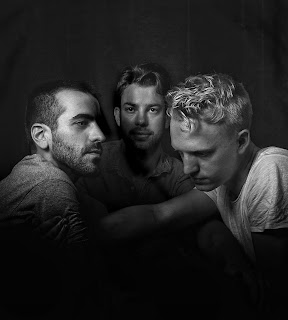 ‘Two Times’ has everything we have come to expect of Arliston, whose sound has been compared to Bon Iver, The National and James Blake, employing analogue synth pads, multi-layered harmonies and guitars to create an atmospheric palette of sound.

The sparse keys and the muffled voices of fishermen in the opening, is followed by thudding drums and a chorus of synths and vocals. When singer/guitarist Jack Ratcliffe played a rough phone recording of a piano idea to the band, they realised a TV gently murmuring away in the background had whispered out some pithy statements that had been picked up in the recording.

“It all started from there”, says drummer Jordi Bosch. “Those accidental voices filled the piano idea with all the meaning a song could ever want”.

“The voices captured this real, palpable sense of every worry in the spectrum, from domestic worry to sheer survival…putting a song around it couldn’t have been easier," adds Ratcliffe of the song, which explores themes of fear, and how fear of failure can often be the only surefire way to guarantee it.