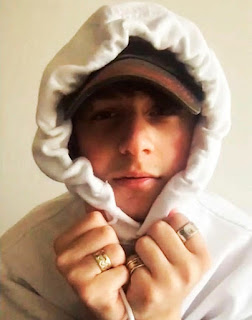 The name of 18-year-old, London-based Daniel Briskin may not yet be a familiar one to many,  but the songwriter, producer and multi instrumentalist is already starting to show promise, even though 'Boy On The Lake' is just his debut single.

The minimalist, unadulterated 'Boy On The Lake' was recorded with Klaxons' Jamie Reynolds and JONAH at in Margate, and was written after Briskin watched Mean Creek, the 2004 film about a lakeside prank that spirals out of control, and which sparked a chord as he “saw someone feeling weird, remote and small, and it struck me that so much of human nature is based on a need for validation," leading him to compose this reflective work.

“The last line of the song is ‘follow if you can’, and with that the mood shifts," he says. "In the end the song says: ‘I’ve been this person, but please come with me on this journey I’m trying to have.’ It’s about self-growth.”