Track Of The Day :: Boys Club reflect on ‘Could Have Beens (& What Ifs)’ 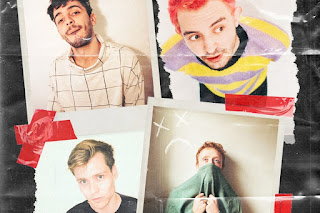 A confessional new offering, filled with yearning post-emo vocals and a steadily rising backbeat, is what's on the decks in ‘Could Have Beens (& What Ifs)’, the new emo-tinged single from Sad Boys Club.

Coming after last year's ’25’, this new track finds the London four-piece wearing their collective teenage influences on their sleeve, as frontman Jacob Wheldon begs “I can not do this myself," surrounded by big choruses that pack a huge punch in a striking, nostalgic four minutes.

"Pedro (bassist) and I share in our sense of otherness. It’s something we take pride in but it’s something that’s tested us both recently - he as a Brazilian immigrant, myself as a Jew," says frontman Jacob Wheldon. "The country has at times felt so hostile, isolating, alienating, foreign, whatever; this is as much about friends as it is Farage. Navigating what to be vocal about, when to be vocal about it and how to be vocal about it… it’s weird to have to worry about that in the place you call home.

"You have to choose something to sacrifice or it gets chosen for you - I think that can be an arena in which darkness thrives but in the effort to find your own peace with it you learn a lot about yourself and the people around you."

Sad Boys Club · Could Have Beens (& What Ifs)