The Vegan Leather ask ‘Who’s Knocking On My Door?’ 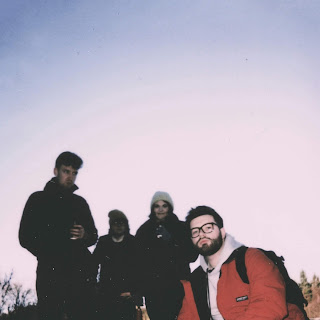 Out this Friday (April 2), Paisley art-pop outfit The Vegan Leather are back and in riotous form on ‘Who’s Knocking On My Door?’

Racing at a fast and furious speed, they unleash all of their inner rage and pent-up aggression in three relentless and exhilarating minutes, with a barrage of heavy riffs, bleeping synths and furious vocals.

“WKOMD is a swirl of anxiety, terror and a lot of rage," says guitarist Marie Collins. "It’s based on feelings of anger and frustration at an unjust situation. As a band we’re all quite easy going, so I think the song was a vehicle for us to let some repressed inner rage come out! The song captures that feeling when you’re a bit terrified but you channel anger instead of fear."