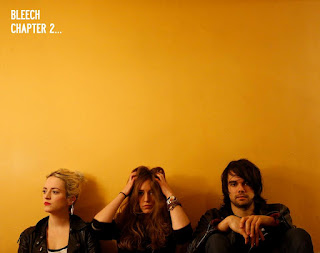 London grunge pop trio Bleech unveil the video to their forthcoming single, 'Not Like You'. Taken from 'Humble Sky' - the band's second album - lead single 'Not Like You' is out on July 1. The album, set for release this summer, was recorded back in January at The Courtyard Studios in Oxfordshire with producer Ian Davenport (Band of Skulls, Supergrass).