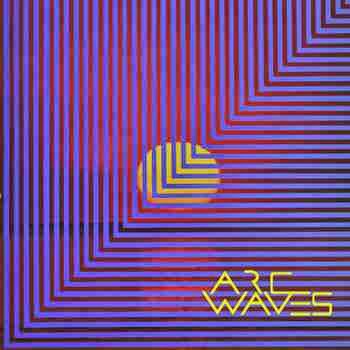 Arc Waves are an exciting four-piece hailing from Brooklyn, New York that consist of Brandon Jaffe on guitar, William McCormack on bass, Mike Hodges on drums and Elaine Lachica, the processor of the stunning vocals that are to be heard on this, their debut EP.

Upon hearing the first few seconds of lead single ‘Half Dome’, it initially sounds like it could be a track by any other indie rock band around at the moment - but this isn’t necessarily a bad thing since the song fulfils all of the necessary criteria with a catchy, upbeat intro and well-timed drums, bass and electric guitar. However, it is the addition of the classically-trained Lachica’s hauntingly beautiful voice that helps to distinguish Arc Waves from those other bands.

Each song to be found on the EP offers something different. ‘Look Straight At Me’ is another upbeat track that showcases Jaffe’s beautiful electric guitar melodies, whilst Hodge and McCormack make simplistic contributions on drums and bass, allowing for Lachica to explore her incredibly high vocal range, before settling again.

Third song ‘Cascades’ is a standout. From the start it is a little more intense than the others, thanks to the strong electric guitar and bass presence. Smooth guitar solos, interesting and constant bassline playing underneath the vocal, the latter more stronger and more urgent than it has been previously on the previous tracks.

Closing number ‘Galaxies’ presents contrasting sound once more. A relaxed, tranquil sound from the band, smooth meandering vocal over prominent electric drumbeats and a simple electric guitar melody, against which gentle cymbal crashes all complementing each other perfectly.

Overall, 'Arc Waves' is an extremely promising release from this new band. It will be interesting to see how their sound develops in the future, as they have shown in these four tracks that they certainly have the scope to proceed in any of a number of directions.