Track Of The Day :: Semantics - Games 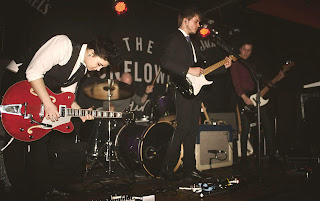 Despite this track having been knocking around for a year, it is being given a dust off to feature as one of four on the just released self-titled debut EP from Birmingham's post-punk quartet Semantics.

Little Indie previously featured another track back in February from the record - 'My Detainer' - which was recorded and mixed over with producer Ryan Pinson over the course of the last year. Like the aforementioned, 'Games' is an equally dark and moody piece, where Rob Lilley goes deep, deep into the haunting vocals on a sub-five minute track of intense beats and brooding bassline.