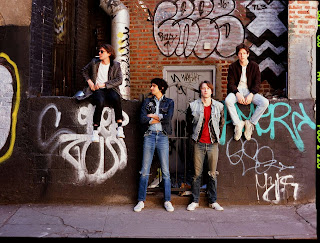 With their debut album 'Never Enough' - partly worked on at the Doghouse Studio in Henley in the UK -  out on September 23 via Cinematic Music Group, NYC's Public Access T.V. shared another track from the record on Zane Lowe’s Beats 1 Radio show yesterday.

Listen to 'End Of An Era' below.