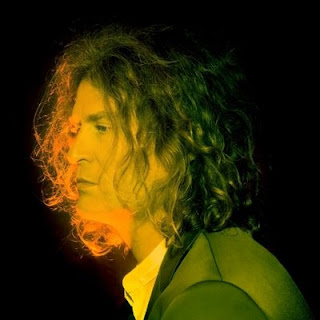 After recently releasing three singles and doing a brief tour in the US, Keuning, the solo project of The Killers’ lead guitarist Dave Keuning, headed to England to play two shows in Manchester and London.

Catching him just before his set at Night & Day Cafe in Manchester, Samantha Hall spoke to Dave about how he’s doing touring by himself for the first time.

What’s it like being back in the UK? Have you missed it?

Dave: I have definitely missed it, it feels good to be here - except for taking so long to get here, I really love coming here. The people are different for whatever reason, they seem to be a little more into music, they’re great crowds. I was telling my band mates I wish we could just play maybe San Diego and here, like just keep coming back to England because great crowds, always fun, so yeah I’m definitely happy to be back.

How is touring on your own going so far?

Dave: So far it’s been good. It’s still unusual that I’m the front man, but it’s exciting that I’m up there and thinking like ‘“these are my songs”. They’re actually what were just ideas a year ago and now they’re reality and they’re being played.

Is it nerve wracking?

Dave: It was the first show, and I’m even a teeny bit nervous now because it’s the first time playing the UK with my own stuff. It’s not too bad, usually I’m fine after the first song. I get into it.

How did you get to this point? What was it that encouraged you to take that leap to create your own music?

Dave: Just because I had a lot of ideas that were collecting dust, not being used. Some of them were like 10 years old and some of them brand new cause I just keep adding new ones and I’m like ‘am I ever gonna do anything with these or not?’. So I started recording at my house and laying down all the guitar, bass, keys and then they needed vocals - I did not necessarily set out to sing. I was never about me wanting to be a frontman, I kinda had to be the frontman because they were my songs and I had some vocal melodies in mind and then everything else was done but the singing, so I finally just decided to do it. It’s kinda fun, I’m still learning how to sing a little bit so, it’s not easy.

Were there any situations that specifically inspired Prismism as an album?

Dave: Well a lot of situations but you know, not being on tour with The Killers allowed me the time to be able to do this. Where I’d normally just want to relax between tours because the tours are like a year and a half to two years and I don’t necessarily just wanna go right into recording the second I’m off tour. I wanna just relax and enjoy normal life for a little bit. But this time I had a lot of free time and it was like, long overdue, and I even questioned “should I even do this?”, but I was like “well, I only live once! I got all these ideas!”. It’s really not about ego, or anything like that it really isn’t, it’s just about me having fun putting my songs out there to whoever wants to hear them.

Dave: I’ll do some touring, I’m planning on coming back to England sometime next year, I don’t know when as of now, and then just keep making more music. I don’t know when that’ll be released cause I gotta promote this one for a while, but I’ve already written a lot of songs for the next record. I’m just excited to be out there playing shows again.