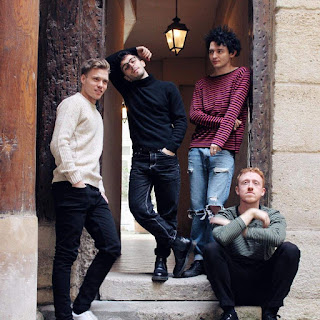 Two and a half years after they dropped their debut release 'Know', Sad Boys Club break out from isolation with ‘Know (Part II)’.

The more moody guitar lines and low key style of Part I, is transformed here on Part II into an upbeat expulsion of pulsating synths with frontman Jacob Wheldon applying a lighter touch on vocals than before to the atmospheric dancefloor vibes backdrop.

“'Know (Part II)’ is a different take on the feelings of isolation and separation explored in Part I," he explains. "No, it's not about quarantine. It was somewhat born of the versions of your self you find after a few minutes scrolling down your own social media feeds - you can feel disassociated from that person you once were but it's in some way immortalized; that disorientation in your own journey can be a source of relief in some ways, but it can also reveal some pretty horrible truths

"You don't get to control or romanticise that narrative as you might do with nostalgia, that's a quarry I'm interested in mining at the moment, it's all quite existential isn't it? 2020.”