Track Of The Day :: Sea Girls - Do You Really Wanna Know? 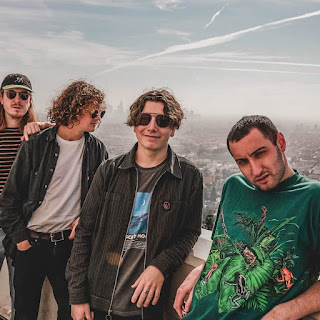 Last heard from covering Billie Eilish's 'When The Party's Over', Sea Girls are back with a new banger of a single of their own.

Ahead of their debut album 'Open Up Your Head', out August 14 on Polydor,
the band share a brand new single from the record.

The track is typical Sea Girls, with a punchy, rhythmic beat backing Camamile's sensual tones, flowing guitar and synth hooks, all wrapped up in a three-minute alt-pop bop.

The band will kick off their rescheduled April UK tour by upgrading the venues to play their biggest headline shows so far in November, including London’s O2 Brixton Academy on November 6. Scroll down for dates.

Ticket holders for April’s postponed shows at London Roundhouse, Manchester Ritz, Glasgow Garage and Birmingham Academy will be valid for the now upgraded dates. For details of a special fan presale for the upgraded shows, head to the official Sea Girls store at seagirls.net . Tickets on sale Thursday May 7.