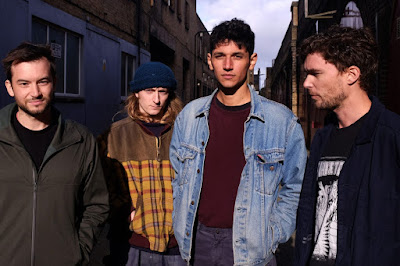 The track, which is taken from their upcoming EP 'Stuntman', is out today (May 4) through Permanent Creeps Records.

"The video is a montage of all of the best and most regrettable moments that we've had in the band whilst on tour," they say, "in the studio or hanging out. ‘Bête Noire’ is a song inspired by our bassist George Williams, who was very misbehaved in his early days at school and was told by a teacher: ‘you, boy, have a bête noire inside of you’. Since then George has made minimal improvements. This song aims to document that.”