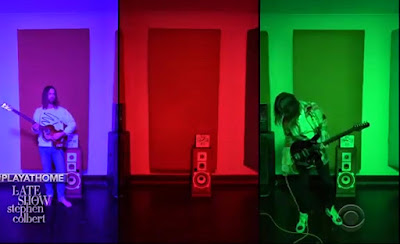 Tame Impala's Kevin Parker was the virtual musical guest last night (May 11) on The Late Show with Stephen Colbert in the US.

For his appearance, Parker performed 'Is It True', a track from Tame Impala's album 'The Slow Rush', released earlier this year, in a split-screen setup where he played bass, guitar and sang in the three-way visual.