The Ninth Wave link up with Faris Badwan for some 'Happy Days!' 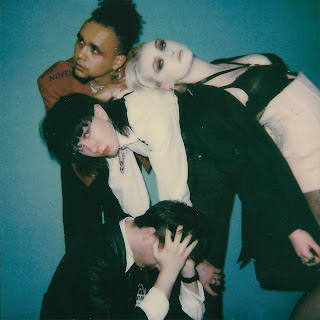 The sun has yet to set on last year’s debut LP ‘Infancy,’ yet Glasgow’s favourite goth-punk alternatives The Ninth Wave are back with another sonic delight in the form of new single 'Happy Days!'

The band’s decision to link up with The Horrors frontman Faris Badwan to produce their upcoming EP (also titled 'Happy Days!')  - out July 17 via Distiller Records - in the remote corner of Great Bernera in Scotland’s Outer Hebrides, is an astute one and the unique pairing is a match made in goth-heaven. The ambient mood and sheer solitude of their surroundings is conveyed perfectly throughout the synth-heavy and unhinged four minutes.

Building on the dark and atmospheric layers laced throughout ‘Infancy’, this track sees TNW further evolve into their own custom-shaped box. In many ways it’s not too dissimilar to their producer’s journey with The Horrors. refining their sound a decade ago from acclaimed second album ‘Primary Colours’ to their affirming third outing, 2011’s ‘Skying.’ A subtle but carefully rendered upwards trajectory.

“'Happy Days!' is a song of ups and downs,” explain the band. “At its core, the lyrics shine a torchlight on the murky highs and lows of life. We wanted to make something harsher and more direct than songs we had written before, and this came together relatively quickly.”

There’s a real cohesion which has been visible for quite some time between the driving force of the band Haydn and Millie, and they’re certainly the heart and lungs of the quartet, but the addition of multi-instrumentalists Kyalo and Calum has given them the wings to take The Ninth Wave to another altitude.